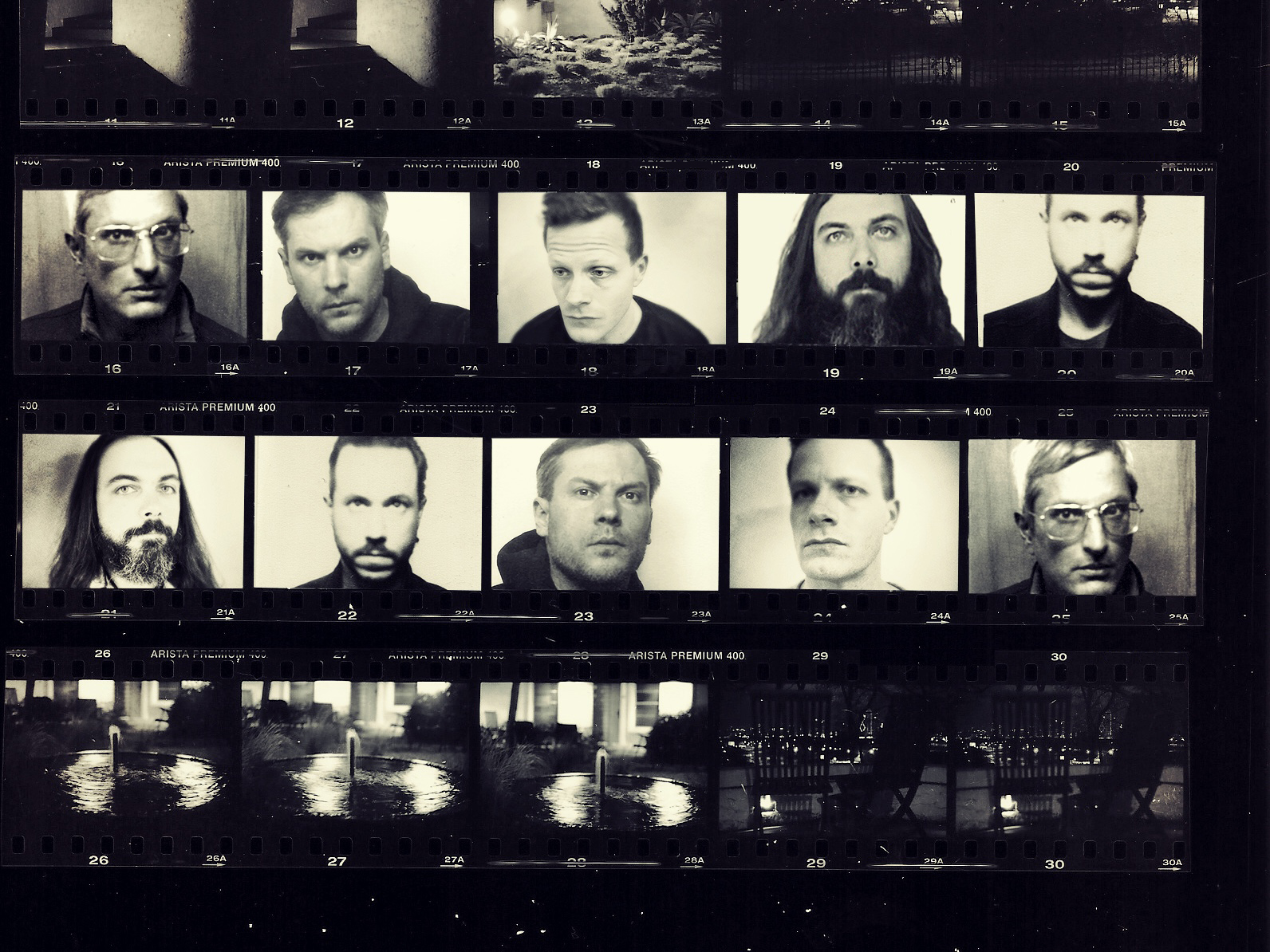 Grails is a band most easily described as "restless". They've stubbornly pushed against the staid cliches of instrumental music and towards new sonic frontiers, creating heavily textured albums, stacked deep with epic song hooks and exotic instrumentation. Grails carry echoes of the classic bands of many genres, but they combine those various styles onto a single record, under one umbrella of musical freedom. They are the renowned stylistic globetrotters of a fanatical underground record collecting scene, able to hybridize their disparate musical heritage (from The Ventures to 'Tibetan Crime-Jazz') with grace and confidence to build new languages out of genres that were never intended to work together.

The first incarnation of Grails emerged in 2003 on Neurot Recordings with "The Burden of Hope" and then "Redlight" in 2004. The two albums, drawn from a common batch of recording sessions, were defined by a live and earthy folk/jazz style with almost no overdubbing or post-production.

The "Interpretations..." ep, recorded amidst a late 2004 European tour for Southern Records' 'Latitudes' series, revealed their international psych addictions and marked a seismic stylistic shift for the band. After the departure of violinist Timothy Horner, the recalibrated band released Black Tar Prophecies, Vol's 1,2,&3 on Important Records in 2006, their new mission statement for a dark, reckless approach to experimentation and the beginning of a string of releases that would meet with continously escalating acclaim for their restless re-imagining of what instrumental music can be.

Their prolific release schedule continued with "Burning Off Impurities" in '07 (the band's first for Temporary Residence), while two more albums would follow quickly behind in 2008, "Take Refuge In Clean Living" (Important Records), and "Doomsdayer's Holiday".

The first Grails DVD, "Acid Rain", was released in April 2009, summing up their career by combining live footage and the video collage work of member Emil Amos, who, in 2008, also joined the band OM.

When Grails dropped their fifth studio album, Deep Politics in 2011, it was instantly hailed as a cult classic and became the moment when Grails truly cultivated a sound all their own. Six years later, they advance that sound with their most lush, expansive album of their inspired career, Chalice Hymnal.

Rather than pick up where they left off, Grails take the sky-high riff-based heaviness of their earlier albums and distill it into a nuanced, widescreen opus. The perennial influences of mid-20th century Western film scores, obscure library music, and psychedelic krautrock are indelibly imprinted, but Chalice Hymnal exudes an eerie patience in unfurling the many layers of its subtle details.

Produced by the band over the past five years, Chalice Hymnal bears some of the European psych and experimental hip-hop production techniques of founding members Alex Hall and Emil Amos' other group, Lilacs & Champagne. Amos' meditative metal band, Om, and longtime singer-songwriter project, Holy Sons, also naturally find their way into the Chalice cauldron. Rounding out their leaner line-up, cofounder Zak Riles (also of experimental kraut-psych trio, Watter) layers synths and programming into an electronic-prog hybrid that pushes Grails further into the deep end, displaying a profound resonance, both musically and emotionally. No one else sounds like Grails, and on Chalice Hymnal they sound more like themselves than ever before.