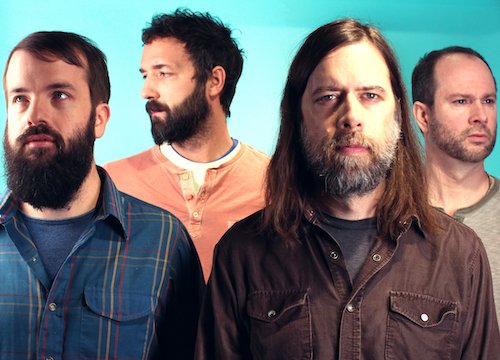 For well over a decade, Arbouretum has been exploring vast stretches of musical terrain, releasing four full-length albums on Thrill Jockey Records to widespread acclaim, as well as several short-run collections. Their sound has been characterized as walking a line between heavy psychedelia, doom, and folk rock, though not without a singular uniqueness, a quality that led The Guardian to proclaim them to be "One of the most distinctive voices around".

Since their origins in late 2002 through the present, Arbouretum's live shows have always been an exhilarating affair. Whether onstage at the legendary Carnegie Hall or in a smoky bunker in Brno, Czech Republic, their sets alternate between meditative drones, delicate melodic passages, and fuzz-filled crescendos, connected all the while by founding member Dave Heumann's long, expressive guitar solos and a song-driven approach to collective improvisation. Long-time fans of the band know to expect the unexpected, as they never play exactly the same set twice, or play the songs in quite the same way. Still, their performances have become more consistent in recent years, due in no small part to the now-permanent lineup of bassist Corey Allender, drummer Brian Carey, Heumann, and keyboardist Matthew Pierce.

Arbouretum's latest outing, Coming Out of the Fog, was released in 2013, supported by extensive touring both in the US and Europe. Since then, the band has for the most part retreated into the shadows, taking a step away from the spotlight to catch its collective breath and to write and record new material. As of this writing in Autumn 2016, Arbouretum has recorded a new full length LP to be released on Thrill Jockey in early 2017, and has been playing stateside shows showcasing their new songs.