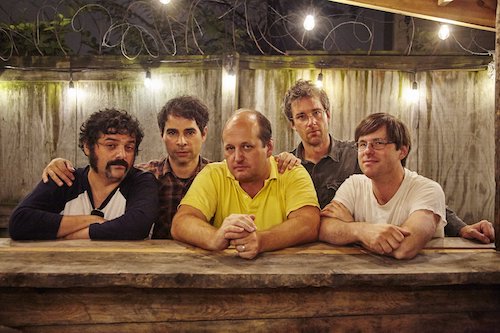 Beginning in 1999 Oneida instituted a tradition of performing in nontraditional urban spaces including warehouses, vacant theaters and storefronts, parking lots and garages, boats, and industrial facilities. This performance habit continues today. The group is also known for extended, continuous improvisational performances that can reach upward of 10 uninterrupted hours, and for an ongoing collaborative ethos that has resulted in performances with musicians from all corners of music.

In 2006 Oneida built and opened The Ocropolis, a recording studio/performance space in Brooklyn NY where they recorded their own work, performed publicly, and worked in collaboration with numerous other musicians and the visual artists of the Secret Project Robot gallery and projection collective.  The Ocropolis closed in 2011 when the waterfront building, known as Monster Island, was scheduled for demolition. It is currently a pile of rubble.

Oneida has worked since the demise of Monster Island in a warehouse studio space in Bushwick, Brooklyn; this was shared with Secret Project Robot until the fall of 2016, when the gallery announced a hiatus. Oneida remains in the building along with a number of associated artists.