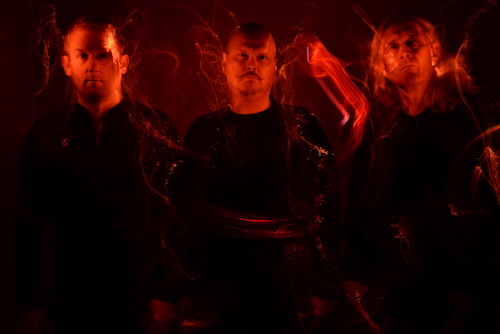 BOHREN & DER CLUB OF GORE Germany
Routines versus routine(s). When Bohren call, it’s already happened. Two World Cups and Olympic Games may have come and gone, but Bohren’s arrival on the scene heralds a flanking manoeuvre, time to dive into a new information stream. And because Bohren are, well, Bohren, at least half of the regular rhetorical devices (reinventing themselves; who would have thought: outrageous career move) can be tossed out of the window. No, this is not a case of when all else fails, revert to repetition. In Bohren’s world, squaring the circle looks more like this: what do you do when your band has crafted such a uniquely unmistakable signature sound and the aim is to maintain things at this superlative level without repeating yourselves? The solution can be found in attitude and, by extension, graft. Studio work. Persistence. Revision. Meticulous attention to detail. Precision. Assiduous arrangements. Experimental orchestration with restricted instrumentation. Vocals perhaps? How about a Warlock cover sung by Mike Patton? A radical shift in style is not in the Bohren playbook – as luck would have it, should we say?

Whatever is ultimately released into the public realm must pass the trio’s most compelling, highly sensitive stress tests. If you are hoping for “Bohren go Country” or “Bohren play 20 Jazz-Funk Greats” … don’t hold your breath.

Let’s take a closer look! Some five years since “Piano Nights” and a little more than eleven since “Dolores”, Bohren & Der Club of Gore are ready to deliver their eighth studio album. The ambivalent/seductive title is “Patchouli Blue” and there are 11 tracks, more than we have come to expect from them. Nevertheless, playing time adds up to a good hour, which naturally implies that the sublime sedateness associated with the Bohren vibe has to be established in a short space of time in order for it to unfold in all its manifest beauty. Same as you were, then? Rather the perpetuation of unfailing commitment honed over decades which allows nuances to shine, something like the phonological concept of minimal pairs in which a single letter or element can make all the difference.

The album opener “Total falsch” (Completely Wrong) could not be a better way to begin, pretty much the exact opposite of what the title suggests. Classic Bohren. Depending on the listener’s mood, it may take just the first few notes or a couple of minutes to realise: you’re in Bohren’s world now, anything can happen! The organ alone can knock you off your feet and, as the tension gently builds, a saxophone will draw you into a landscape where Jan Garbarek would not be out of place. One surprise follows another. Flooded with light, the unexpected “Deine Kusine” sounds like a bona fide hit. Next up, “Vergessen und vorbei” could be a John Carpenter soundtrack cut from a film he forgot to make, complete with rhythm machine and analog synthesizer. From the ironic/unironic jazz references of “Sollen es doch alle wissen” to the filigree melancholy of “Tief gesunken” – if you ask the band, “Patchouli Blue” is mixed thus: four parts “classic Bohren”, three parts “strange” and four parts “jazz lurkers”. The track sequence is also worth noting, from “Total falsch” through to “Meine Welt ist schön” (My World is Beautiful), with the emphasis somewhat defiantly placed on “my” and/or “beautiful”. As a bonus, the track sequencing conjures up the shadow of a story which you can illuminate as you like. My story would be a fairly greasy affair, for example, with a shot of Fassbinder. It could also be fun to think of the track titles in terms of a Schlager album, one half representing an “ideal world”, the other half an “abyss” (you can’t have one without the other), separated by the title track “Patchouli Blue”. Bohren’s first ever title track! Taking us all the way back to the heavily aromatic indie clubs of the 1970s, embellished by all those Moog synths in the background (and sometimes in the foreground). “Vergessen & vorbei” (Forgotten and gone)? Not a chance!

There you have it: 11 sonic sculptures brought to you courtesy of Bohren’s hard graft and discipline, having rigorously discarded anything which is surplus to requirements to create ample space for acoustic journeys of discovery. The challenge now facing them is to rehearse these pieces for imminent live performances – transposing the intensity, the dramatic density of the studio to the stage. One thing is clear, Bohren could not be further from the jazz muso attitude of “one day this way, the next day that way” – call it horror jazz if you must, but the fact remains: THIS IS HOW IT HAS TO BE. No matter how melancholic they may sound, the Bohren modus operandi is unequivocally combative.